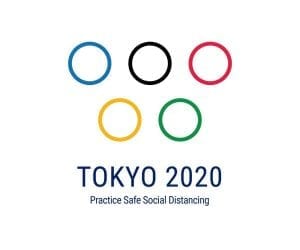 POSTPONED until Summer of 2021

Judo means the ‘gentle way’, but it is a full-on combat sport in which a false move or the slightest loss of concentration can result in defeat.

Judo originated in Japan in the late 19th century, as an activity embracing physical, mental, educational and moral aspects. The founder, Dr. Kano Jigoro, was the first Japanese member of the International Olympic Committee.

Judo was introduced as an Olympic sport for men at the Tokyo 1964 Games. The event took place at the Nippon Budokan. Judo will return to the same venue for Tokyo 2020. The women’s events were added to the Olympic programme at Barcelona 1992.

The objective of judo is to throw or takedown an opponent to the ground; subdue them with a pinning hold, or force them to submit with a joint lock or a choke. Athletes (known as judoka) wearing white or blue judogi (judo uniforms) face each other on a 10m x 10m mat and deploy any of the 100 techniques available. These are divided into 68 nagewaza (throwing techniques) and 32 katamewaza (grappling techniques).

The highest score a judoka can earn is “Ippon”, it is the ultimate way to claim victory in the match and is the highest score in judo. After Ippon is scored, the match is over. A judgement of Ippon for a throwing technique puts the opponent on their back with strength, speed and control. If a throw or other technique is successfully executed but all the requirements for ippon are not met, waza-ari (a half-point) is awarded. Two waza-ari’s in one match is the equivalent of Ippon. Penalties can also be awarded for passivity or behaviour deemed contrary to the spirit of judo.

If scores are tied, the bout goes into ‘Golden Score’ or overtime. The first contestant to achieve a further score wins.

Judoka execute these techniques in the blink of an eye and an athlete behind on points can often achieve a major turnaround in the final seconds of a match. This is a sport where you can’t look away for a moment.